A Repair Only station is not obligated to accept a vehicle for repair if the station, as a matter of policy, chooses not to repair certain types, makes or models of vehicles, or certain types of inspection failures.

A Repair Only station shall only accept a vehicle for repair if the station has the necessary equipment, tools, personnel, diagnostic and repair materials to repair that vehicle, if not, the vehicle shall not be accepted for repair.

Test and Repair stations are licensed to conduct inspections and, when needed, diagnose, adjust and repair vehicles subject to Smog Check.

Vehicles directed to STAR stations may not be tested for certification at an ordinary Test and Repair station.

If a directed vehicle fails a portion of an emissions test it must receive an after repair certification at a Star Test Only Station, a designated Start Test and Repair or the Referee Center. 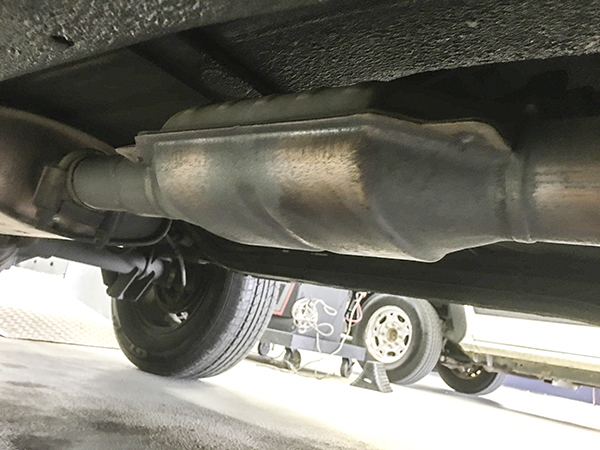 See sections 1.1.8, 1.1.9 and 1.9.0 in the smog check manual for more information about directed vehicles, identified gross polluters, and the Consumer Assistance Program.

A licensed Smog Check station seeking STAR certification shall meet all of the following eligibility requirements from the date the application is received by the Bureau of Automotive Repair (BAR):

1. The station must not have had its STAR certification invalidated within the most recent six month period.

2. Stations must meet Follow-up Pass Rate (FPR) requirements over the prior six-month evaluation period as reported on July 1st and January 1st by the Bureau: A. Smog Check technicians employed at the station must have FPR scores greater than or equal to 0.4. B. If a station employs technicians without FPR scores, the station FPR score cannot be less than 0.4.

3. The station’s Similar Vehicle Failure Rate (SVFR) over the preceding calendar quarter (e.g. Jan., Feb., Mar.) must meet or exceed 75% of the industry-wide failure rate for similar vehicles, as calculated quarterly by the Bureau.

4. The stations in Enhanced Smog Check Program areas must not have Gear Shifting Incidents on more than 2% of the vehicles certified in the preceding calendar quarter, as calculated by the Bureau. Gear Shift Incidents are inspections where the engine RPM during an ASM test is elevated to an extent suggesting that the vehicle was placed in the incorrect gear during the test.

A. Timing Test: A station’s rate in Enhanced Smog Check Program areas for failing to perform the ignition timing test on vehicles that should have been tested is greater than average for stations inspecting similar vehicles.

B. Fuel Cap Test: The station’s rate for failing to perform the fuel cap pressure test on vehicles that should have been tested is greater than average for stations inspecting similar vehicles.