I know coming from work and setting in a class lecture can be hard but I appreciate your effort.

This is the lecture from class repeated just encase you came in late or dose off LOL.

What is the purpose of variable camshaft timing or should I say variable valve timing "VVT."

variable valve timing (VVT) changes the timing or valve lift, in most cases its used for improved engine performance which is very popular on Honda's.

They are controlled with mechanical devices to electro-hydraulic systems.

- Replaces the EGR system on some models by increasing valve overlap

The variable valve timing achieves the desired cam / crank relationship, and if it's not functioning correctly, there will be an increase in emissions.

Remember the VCT or V V T replaces the EGR on some vehicles, and if it's not working NOx emissions could increase.

The oil change is very important when we talk about variable camshaft timing.

Oil pressure is used to activate the timing actuator using a spool valve. 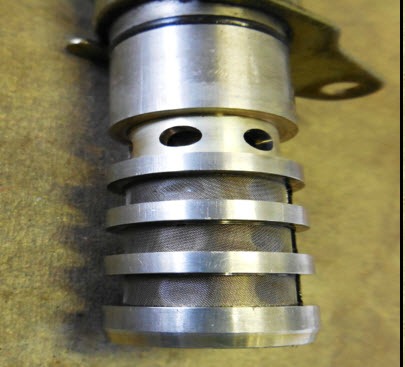 i have seen cases when the vehicle

This is why oil level is important along with oil pressure, oil viscosity, and oil temperature.

If timing isn't achieved the PCM "Power Train Control Module" will set a code and the check engine light for an incorrect position.

One of the most common problems I have seen was a dirty or plugged actuator screen.

This is usually caused by low oil or lack of maintenance or dirty oil.

It's important to remember oil pressure changes the relationship of the camshaft gear to the camshaft.

When this relationship is out of tolerance, you will get a camshaft error code.

If this occurs check the oil condition for lack of maintenance, plugged or dirty actuator screen restricting oil flow.

Also, don't forget to test the actuator it could just be defective.