All 1995 model-year and older vehicles equipped with EGR and subject to a two-speed idle test shall undergo the EGR functional test.

As prompted by EIS, "Emission Inspection System" perform the fuel cap integrity test on all 1976 to 1995 vehicles, equipped with evaporative controls that can operate on gasoline, including dual/bi-fueled vehicles.

The fuel cap integrity test is a two part test visual and functional.

This check applies only to vehicles equipped with evaporative emission control systems. Check the fuel cap tester application manual to determine the correct cap adapter. Following the "EIS" Emission Inspection System and cap tester prompts, attach the fuel cap(s) to the adapter and perform the test. The test results are automatically captured by the "EIS" Emission Inspection System. 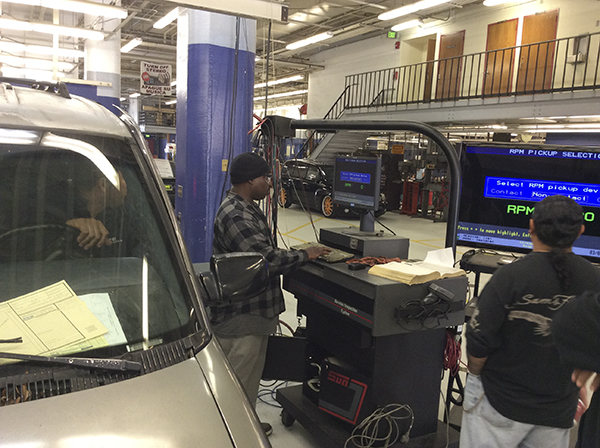 The fill pipe restrictor test usually applies to vehicles that comes out of state into California. If the restrictor goes into the filler neck opening it doesn't automatically fail.