Tampered An emissions control system or component that is missing, modified, or disconnected. 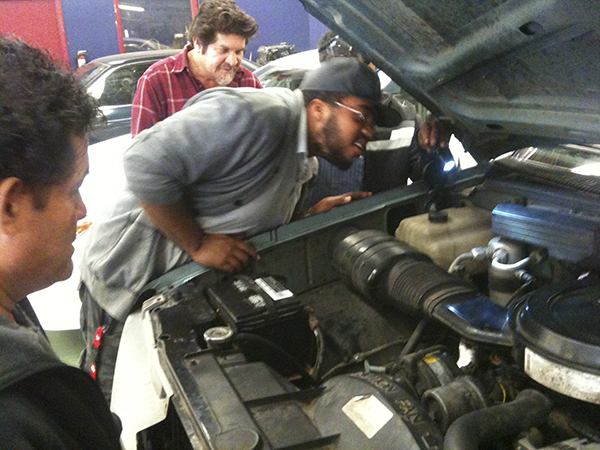 -Missing All or part of an emissions control system or component which has been removed from the vehicle or engine.

A missing component has to be part of the emission control component system to be considered missing as part of the system. For example a cold air duct is not on all vehicles that have "TAC" Thermostatic Air Cleaner.

So in my opinion if that component is not on the car its similar to must cars so it wouldn't be considered part of the TAC system.

-Modified An emission control system or component has been modified if:

• It has been disabled even though it is present and properly connected to the engine and/or vehicle;

An example is the A.I.S Air Injection System or A.I.R Air Injection Reactor System "both are the same just different acronyms. If the hoses are connected incorrectly this would be considered modified.

• It has been replaced with a component not marketed by its manufacturer for street use on the vehicle,

• An emissions related component of the system has been changed such that there is no capacity for connection with or operation of other emissions control components or systems.

-Disconnected Any hose, wire, belt or component, which is required for the operation of the emission control system is present, but has been disconnected.

-Defective Any normal wear, deterioration, or unintentional disturbance that will affect the operation of an emissions control component or system. It is not a condition that occurs as a result of tampering.

This would be considered normal wear and tear or corrosion that's damaging the part.

An unintentional disturbance includes, but is not limited to, a hose, wire, cap, or thermal valve or switch, disturbed and not reconnected or corrected when the vehicle was serviced.

-Not Applicable This entry may only be used when the vehicle is not originally equipped with the particular emissions control component being inspected, or when a particular test cannot be performed due to vehicle incompatibility with inspection equipment.

For example, a vehicle did not originally come with an EGR valve from the factory, or a fuel cap adapter does not exist for the vehicle.