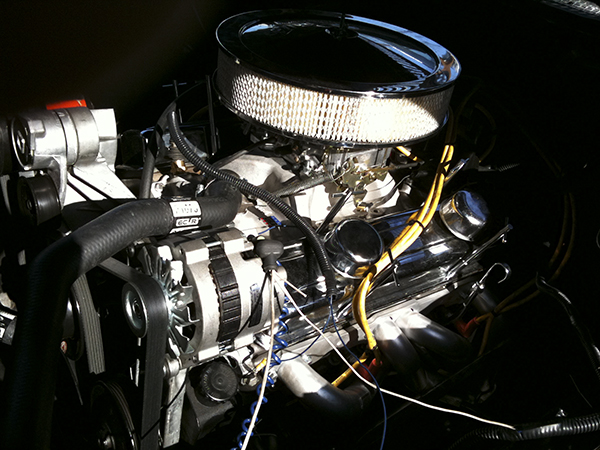 The choke is a Carburetor-Function and sits on top of the carburetor its called the choke plate and its for cold starting, on a cold start, the choke must be close.

A cold car runs and starts better with a richer air/fuel mixture; this is the reason why the choke needs to be close in the morning.

The vehicle will experience a better start, prevents stalling and stumbling when cold.

In the main metering circuit within the carburetor, one of the Carburetor-Function is the venturi. This area creates the low-pressure air/flow that helps draw fuel through the carburetor's circuits.

Another Carburetor-Function is the port above the throttle plate called the transition port. This port prevents hesitation on slow acceleration when the port becomes plugged.

The accelerator pump is another Carburetor-Function; there is another port above the throttle plate; this circuit helps prevent hesitation on hard acceleration.

The float is another Carburetor-Function, and in my opinion, it's an essential function.  The float in the carburetor circuit will affect all other circuits.

If the float is either set too high or too low, it will affect every circuit in the carburetor, causing many different problems.

Problems as poor gas mileage poor performance, hard or no start can occur.

Air Bleeds are significant to the flow of fuel and air. The air bleeds create an emulsified "liquid droplets of fuel that's mixed with air" air/fuel mixture to be delivered to the engine.

If you have a carburetor running rough with a low RPM "let's say 600 RPM" and a rough idle create a vacuum leak.

If the RPM increases, let say the engine's RPM went up to 800 RPM's, this could indicate the vehicle is running rich.

If you have a carburetor running rough with a low RPM "let's say 600 RPM" and a rough idle and you add fuel or cut off the air flow.

Then the RPM increases, let say the engine RPM rises to 800 RPM's, this could indicate the vehicle is running lean.

Another carburetor function is the cold start condition. We discuss this earlier, to start up a carburetor on a cold engine the choke needs to be close, but it can't stay completely close or the car will not start.

The choke pull-off is needed to partially open the choke, if the choke stays close the vehicle would have a hard start or no start when cold.

The main metering circuit another carburetor function works at cruise speeds.  The venturi creates a low-pressure area that helps increase the air and fuel through the main metering jets.

This will give a sufficient amount of fuel for higher speeds without causing a drive-ability concern.

If you are driving and trying to pass a vehicle on the highway, you will need the additional fuel when you stomp on the throttle plate, with the sudden rush of air the carburetor will need the fuel to match it.

This carburetor function is called the power circuit; it could be either a power valve or power jets to provide additional fuel for the incoming air for the increased power.

This carburetor function can control fuel only, air only or both air and fuel. This is a more precise controlled of the air/fuel mixture and better fuel economy.

What is a Carburetor

A carburetor is a device that mixes air and fuel for internal combustion engines in the proper air–fuel ratio for combustion.